In brief about DQ

Dulquer Salmaan is the son of renowned actor Mammootty.

Dulquer made his debut with the Malayalam film Second Show (2012) . His next appearance was in the lead role as Faizal in Ustad Hotel (2012) directed by Anwar Rasheed. The movie was a great commercial success and won the National Award for Best Popular Film. His debut in Tamil was through Balaji Mohan's Vaayai Moodi Pesavum(2014). Dulquer is a two time recipient of the Filmfare Award for Best Male Debut in 2012 and 2014 for his performances in the Malayalam film Second Show and the Tamil film Vaayai Moodi Pesavum. He was also nominated for the Filmfare Award for Best Actor for his performance in Ustad Hotel and Njaan. His performance in Charlie (2015) won him the Kerala State Film Award for Best Actor in 2015. Dulquer Salman was born to actor Mammootty and Sulfath on 28th July, As the younger brother to his sister Surumi. He did his schooling in Toc-H Public School , Kochi ,Kerala till primary classes , after which he joined Shishya School in Chennai . He recieved his bachelor ’s degree in Bussiness Administration from Purdue University ,U.S.

Dulquer has been involved in several social service activities. He has acted in a short film as part of the Kerala motor vehicle department's safe riding campaign. In addition, he is the owner of several businesses, including a web portal for trading cars and a dental business chain in Chennai. He also acts as the Director of Bangalore-based Motherhood Hospital.

In 2011, Salmaan signed his friend Srinath Rajendran’s debut project Second Show in which he played the role of a gangster. Second Show which released on 3 February 2012, was according to Sify, “well appreciated by both the viewers and also by the critics” and completed a 100 days run. His second project was Ustad Hotel with director Anwar Rasheed. The film earned critical acclaim and was one of the major commercial successes in Malayalam cinemas in the year 2012.He received his first Filmfare Award for Best Male Debut and eventually got nominated for the Filmfare Award for Best Actor. Both films were in the list of “Top 10 Malayalam films of 2012” compiled by Oneindia.in.

His third film Theevram, a crime thriller directed by Roopesh Peethambaran, in which he had the role of a killer avenging his wife’s death,was released on 16 November 2012. Salmaan signed on to appear in Martin Prakkat’s ABCD: American-Born Confused Desi scheduled for release in 2013 as his fourth film where he made his debut as a singer. For his fifth movie, he worked with Sameer Thahir on a film named Neelakasham Pachakadal Chuvanna Bhoomi. He has also acted in Amal Neerad’s segment in the anthology film Anchu Sundharikal. The film Pattam Pole, directed by Azhagappan, was released on 11 October 2013 and it received mixed reviews.He appeared in Salala Mobiles which released on 23 January 2014.

He made his debut in Tamil in Vaayai Moodi Pesavum and its Malayalam version Samsaaram Aarogyathinu Haanikaram, being a bilingual film simultaneously directed by Balaji Mohan. His next release was Anjali Menon’s Bangalore Days which got positive reviews from critics and a box office collection of ₹8.5 crore in its first week. His next film was Vikramadithyan which received mostly mixed reviews from the critics but eventually turned into a super hit at the box office. He also performed the most challenging character of his career in Renjith’s Njaan, which was based on T. P. Rajeevan’s book named K.T.N Kottur Ezhuthum Jeevithavum. The movie was received well by the critics but the movie was a complete dud at the box office. He received his second nomination for the Filmfare Award for Best Actor.

His next release was Jenuse Mohamed’s 100 Days of Love. The bilingual film O Kadhal Kanmani opposite Nithya Menen under the director Mani Ratnam released with positive reviews. O Kadhal Kanmani was released on 17 April 2015, alongside its Telugu version OK Bangaram, and won highly positive reviews from critics, praising the lead pair’s performances and the quality of the film’s technical aspects. The film went on to become a financial success at the box office, performing extremely well in multiplexes in India and overseas. 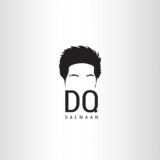